I was just about finished with sight seeing in Kuala Lumpur and was leaving the next day to Taman Nagara.  I had a few hours left and decided to venture over to “Times Square” to check out the South Asia’s second largest indoor amusement park. 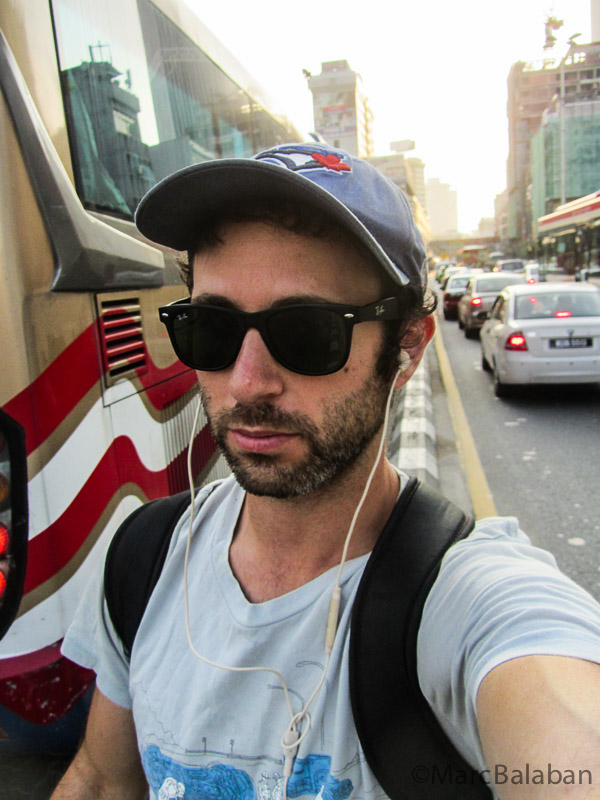 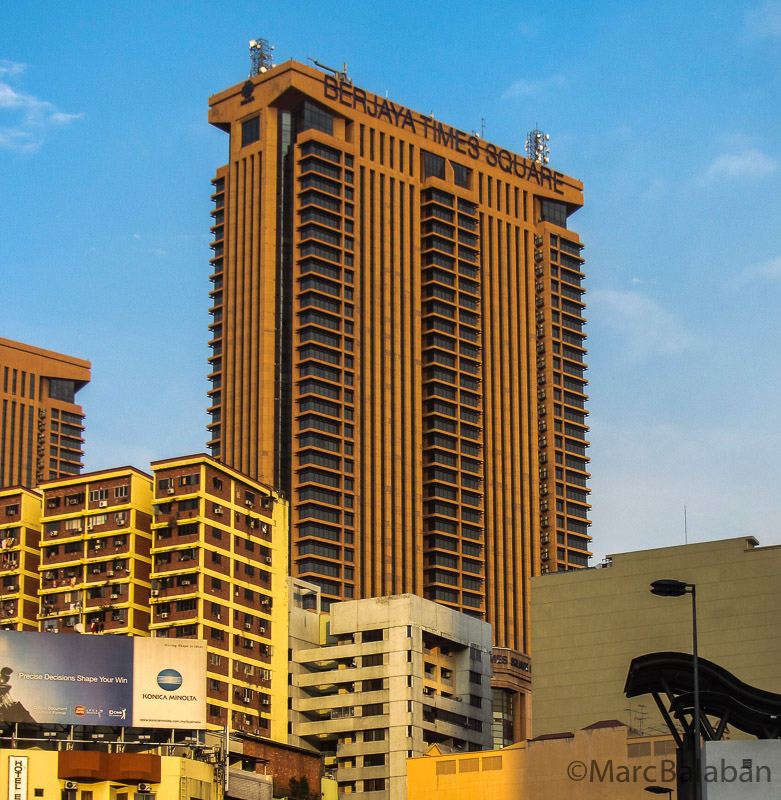 I had been to the West Edmonton Mall before so I had some semblance as to what to expect.  As I made it the 5th floor of the mall, I was caught off guard.  First thing I noticed is that there was a whole bunch of crazy crap everywhere.  It was like the mall planners dropped a whole bunch of acid decided to design a theme park while peaking. 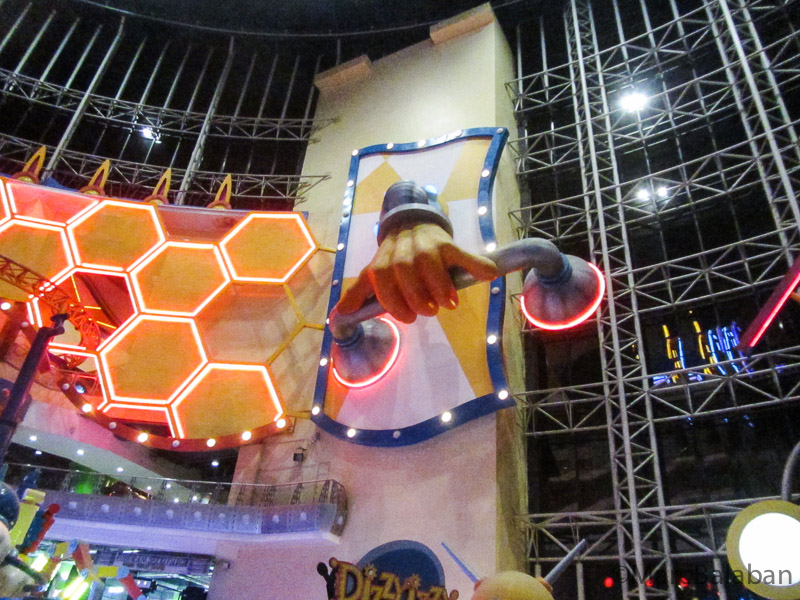 Is that a hand gripping a toilet paper holder? 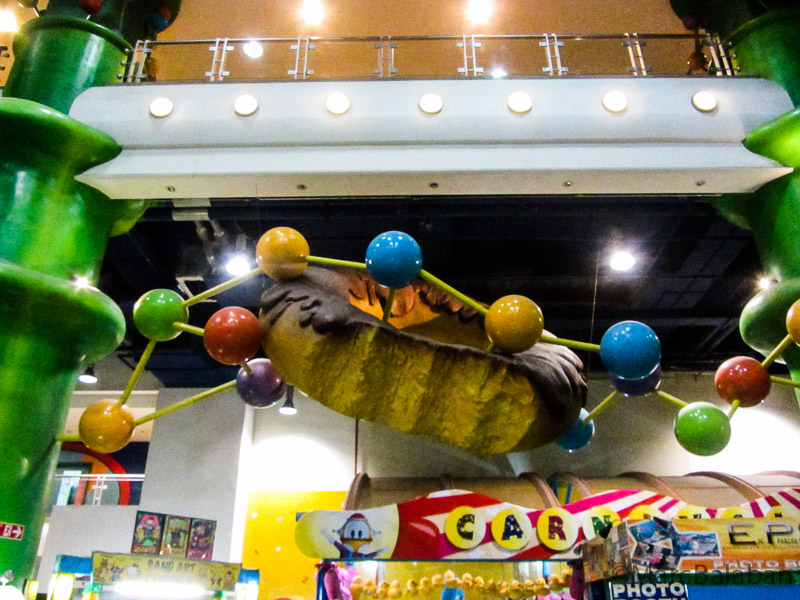 Don’t forget to wrap the donut in DNA molecules. 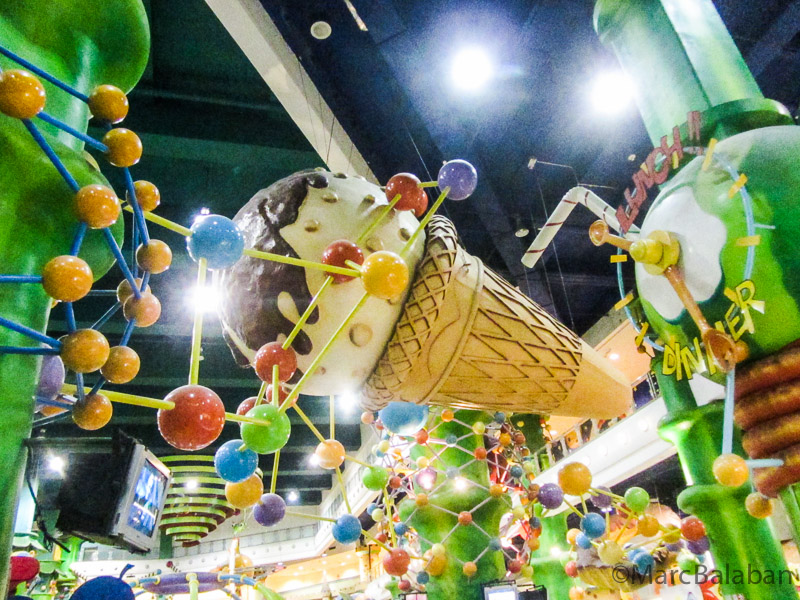 You know what — lets just wrap everything in DNA molecules!

Next thing I noticed is the park was completely empty!  I talked a staff member and he said “Berjaya Theme Park gets very quiet during Ramadan”.  And by quiet, it looked as if I might have been the only one in the park. 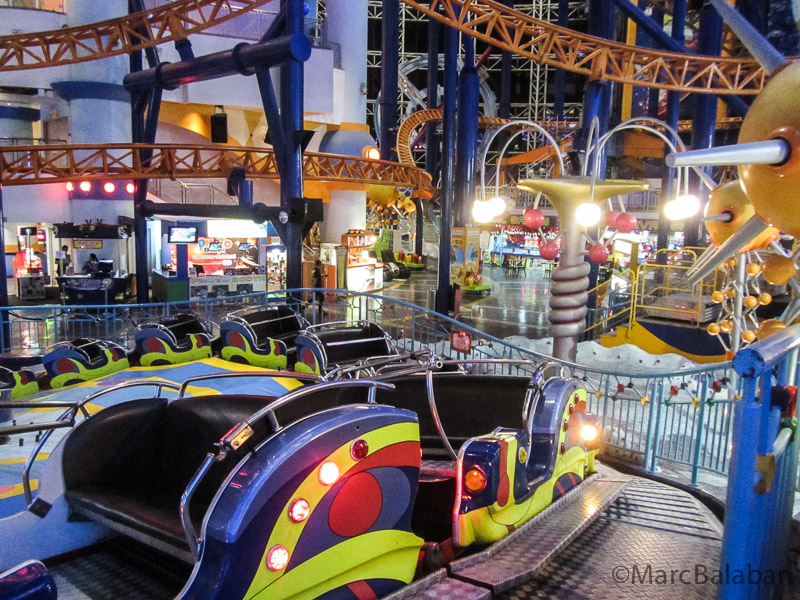 A little too raph.

I hadn’t expected to buy a ticket when arriving, but this was too good of an opportunity to pass up! Berjaya Theme Park quickly became was my personal playground; thus I claimed this new world as “BalabanLand” – and I shall be king!! 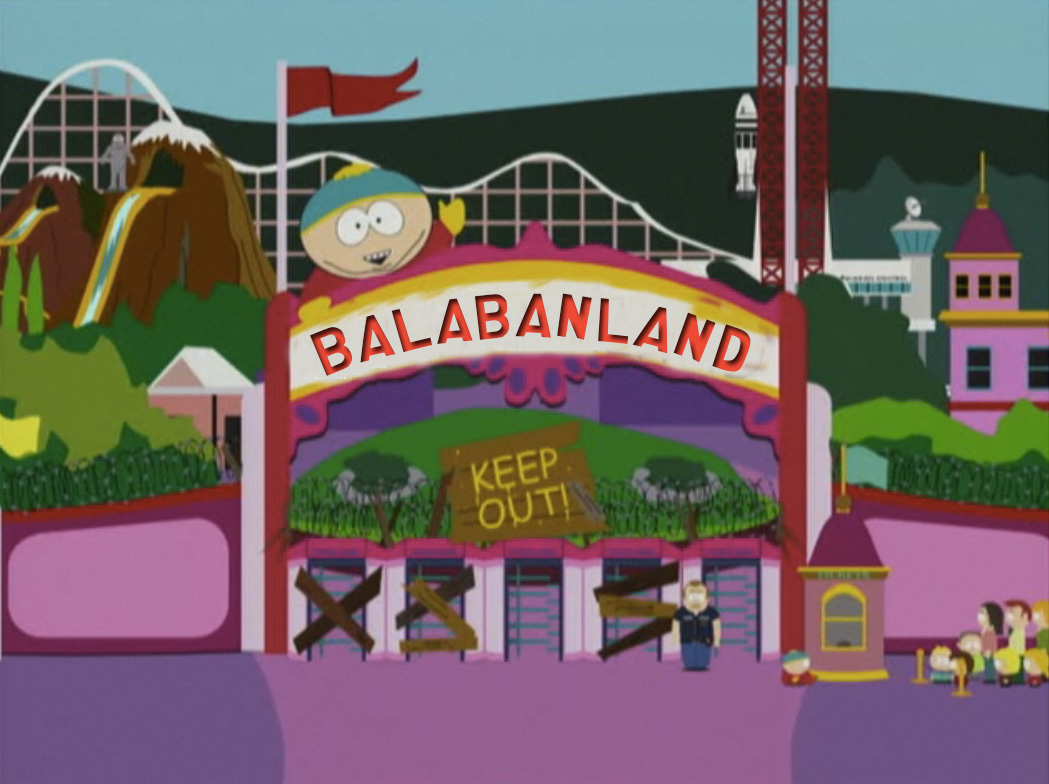 I childishly skipped around the park and checked all the rides.  No lines, nadda.  First order of action: conquer Dizzy Izzy as or Wikipedia describes it: “a Schwarzkopf Monster II-type Octopus ride”.  Sounds fun and slightly German!

Look how beautiful it lights up. 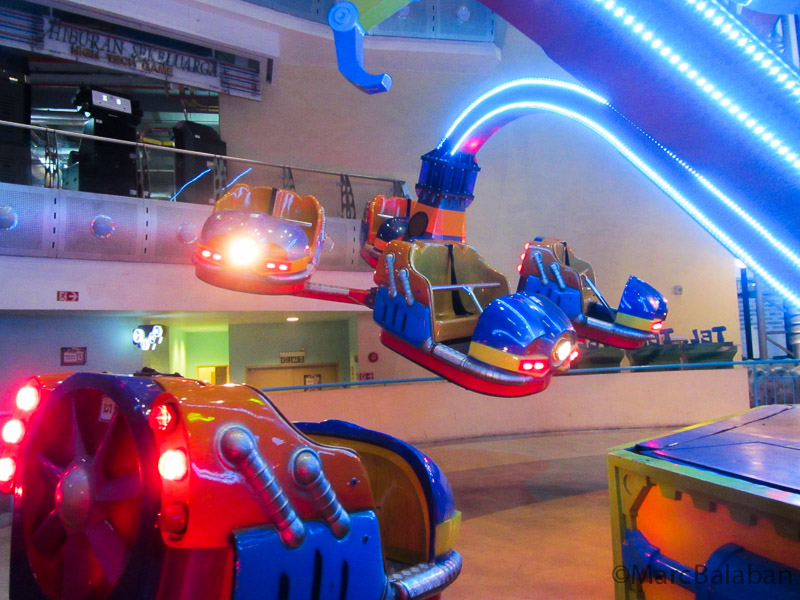 I’m riding it! So much fun! 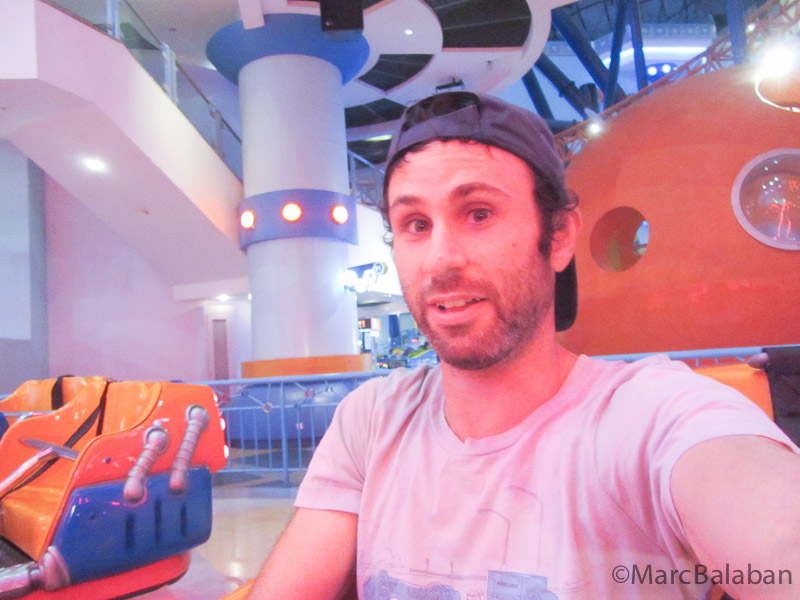 Weee!! After about a 6-minute ride, twice the standard length, I was sufficiently dizzy.  I thought to myself:  “Enough with the foreplay, lets get to this rollercoaster”.  I ran up the escalator to reach the 7th floor of the building.  There lay “Super Sonic Odyssey” on a 2,624.7 ft. track.  It has a heartline roll, a loop and a corkscrew! I ran through the queue, and saw the 6-car coaster just waiting for me to board.  To the front of the cart!!! 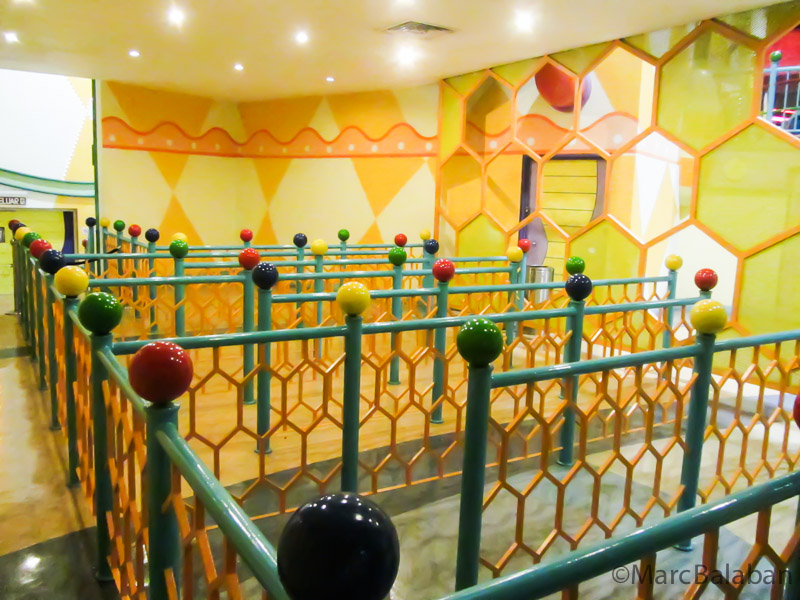 How all queues look in Balabanland 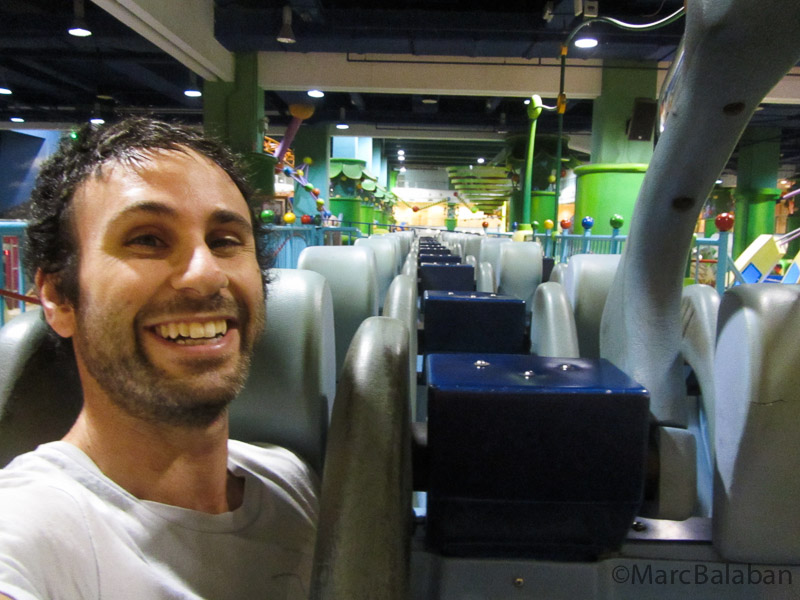 Then I rode it! 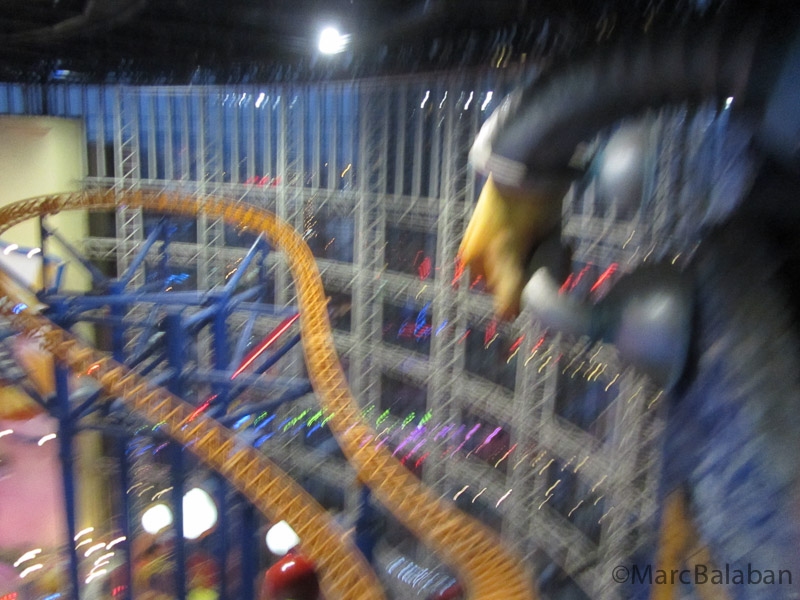 Awesome! So much fun!!! Yay! So I just stayed on and rode it again…. 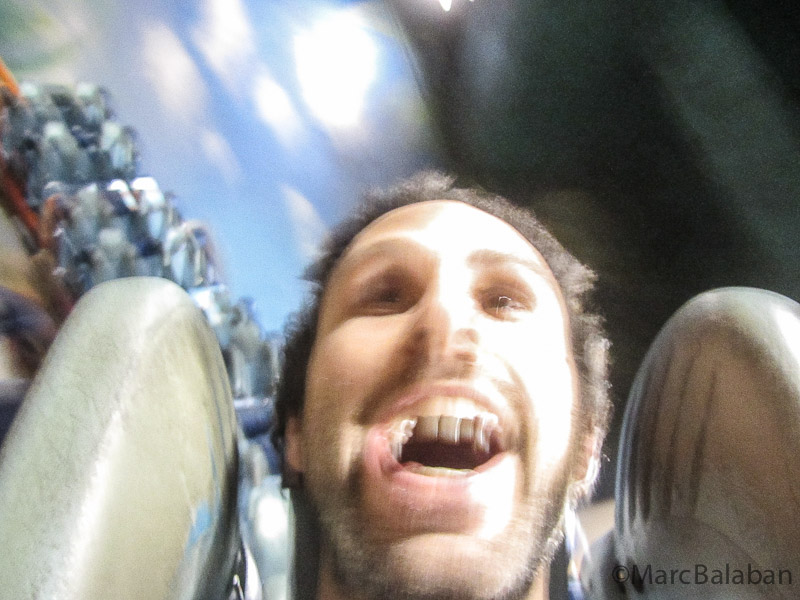 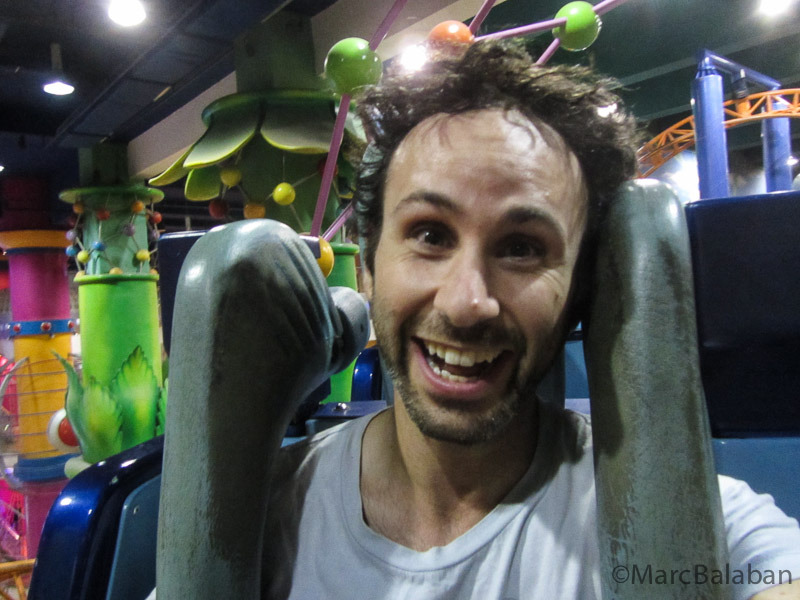 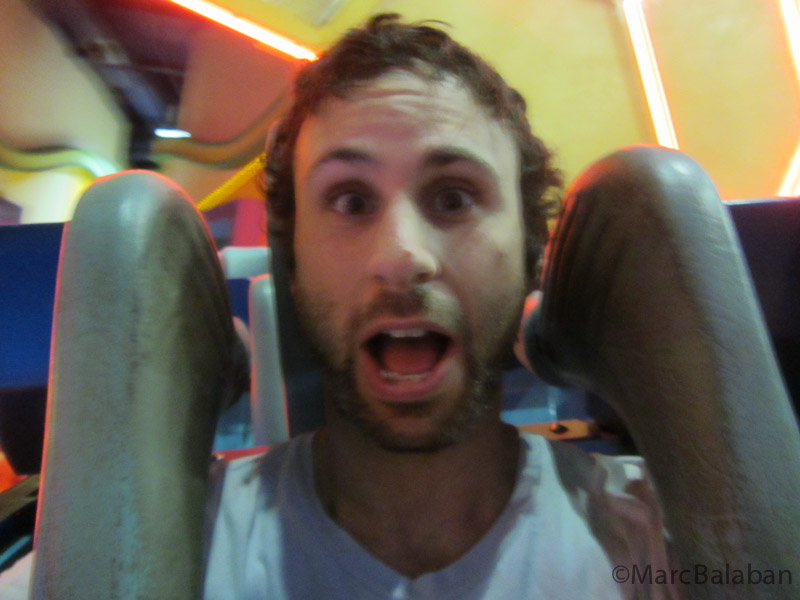 Then some guy from Pakistan joined me, I think his name was Abdul.  Together we dominated that rollercoaster! 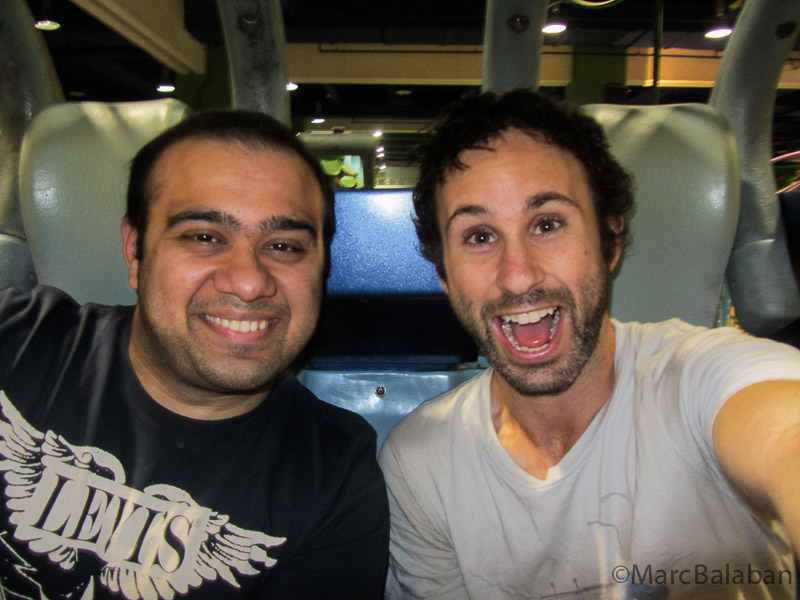 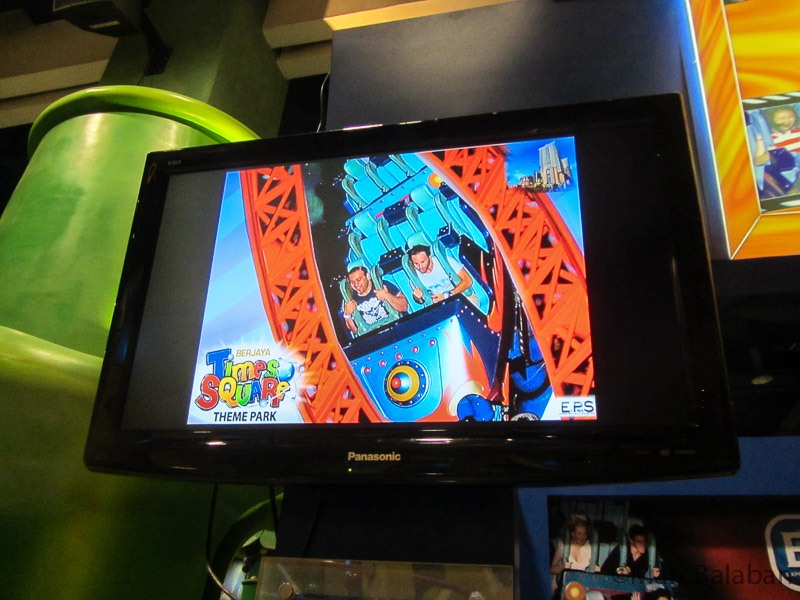 Action shot of new best friend “Abdul” and myself!

After riding the Super Sonic 5 times, I trotted over on to ‘kids land’ – now renamed as ‘Balaban less-adrenaline land’ where I found myself boarding the fantasy trail train.  My personal conductor started the locomotive and we went around “Balabanland” verrry slowly. 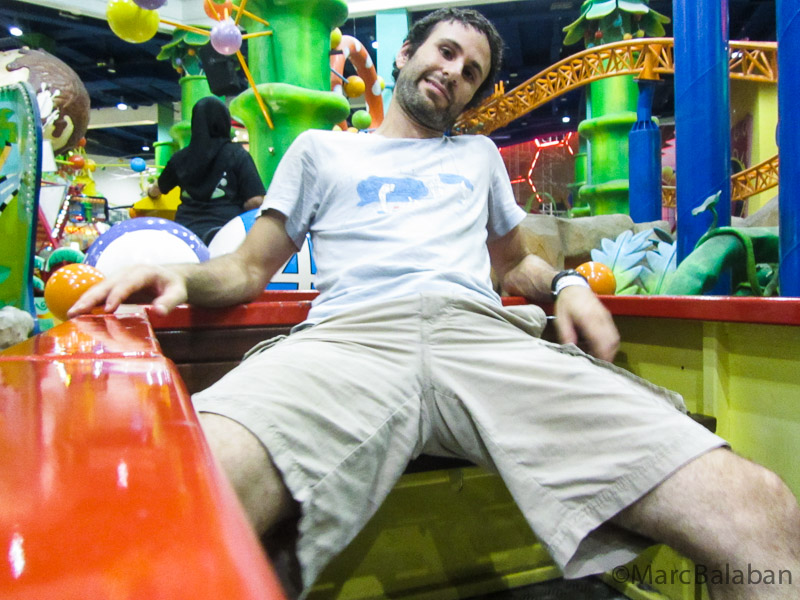 I’m at the front of the train with the conductor! 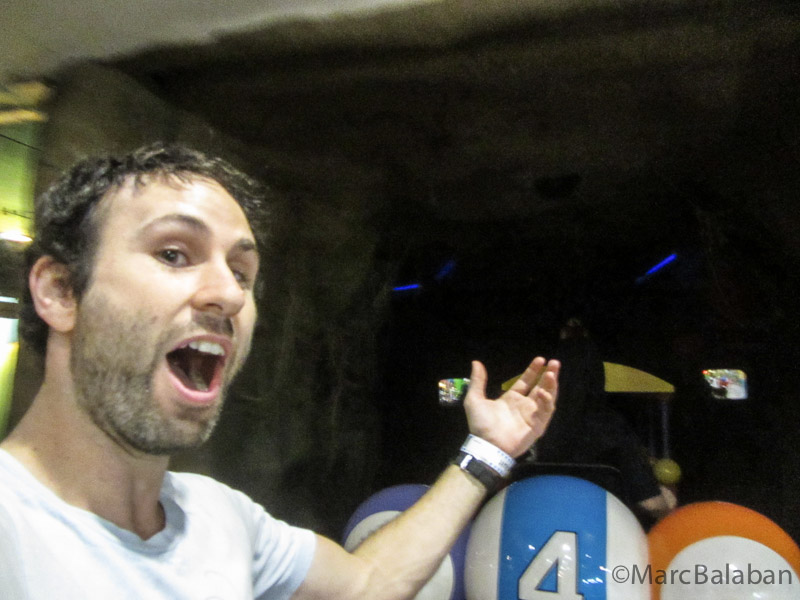 Into the tunnel we go! Choo Choo!

Oh my god, a spider! so scary! 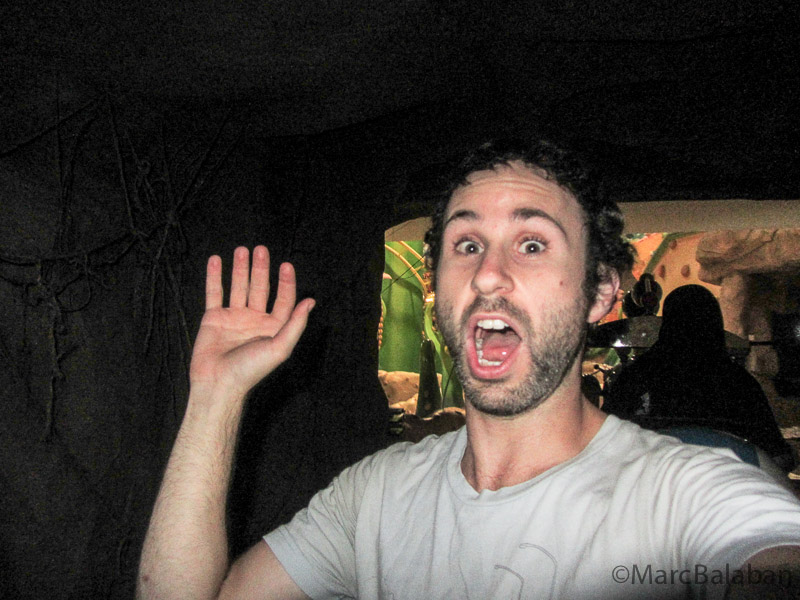 So much fun! What else could I do? Oh look, there’s the merry-go-round! Yay! It goes around in circles over and over!! Woo! Around and around I go! 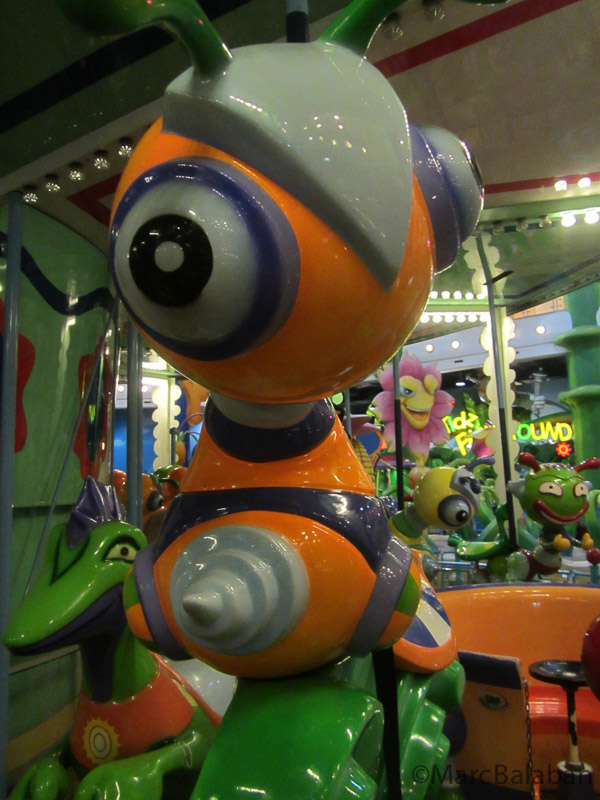 I shall ride you young grasshopper. 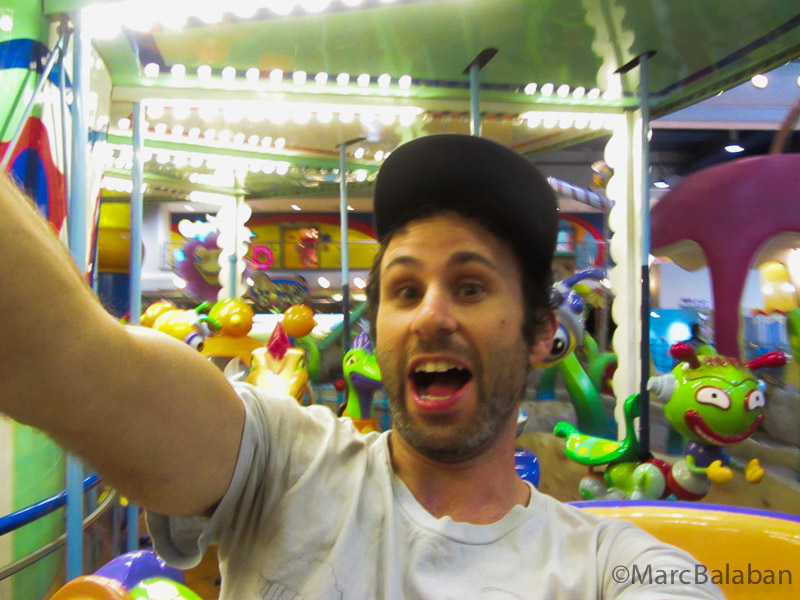 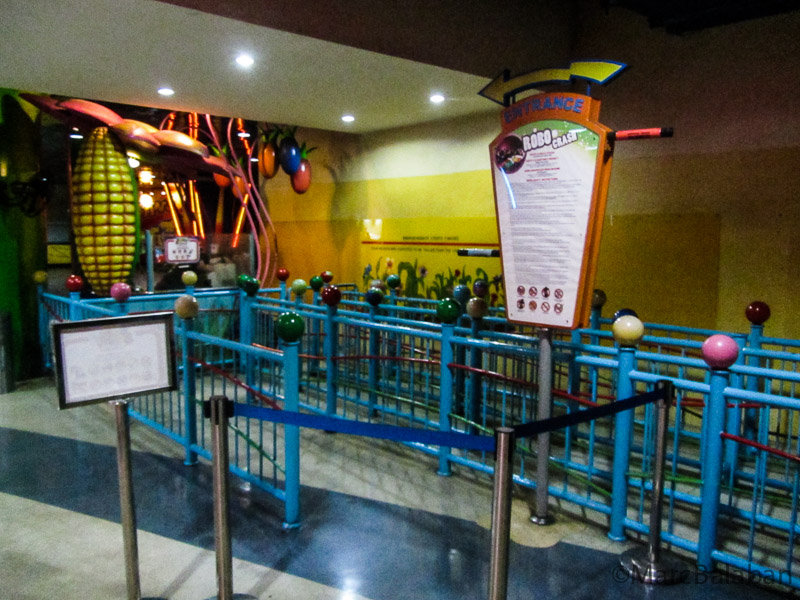 No worries… I’ll just bash the shit out of all the other cars on the track! Take that you inanimate objects!!! Boom Boom Boom!!! Weeeeee!! 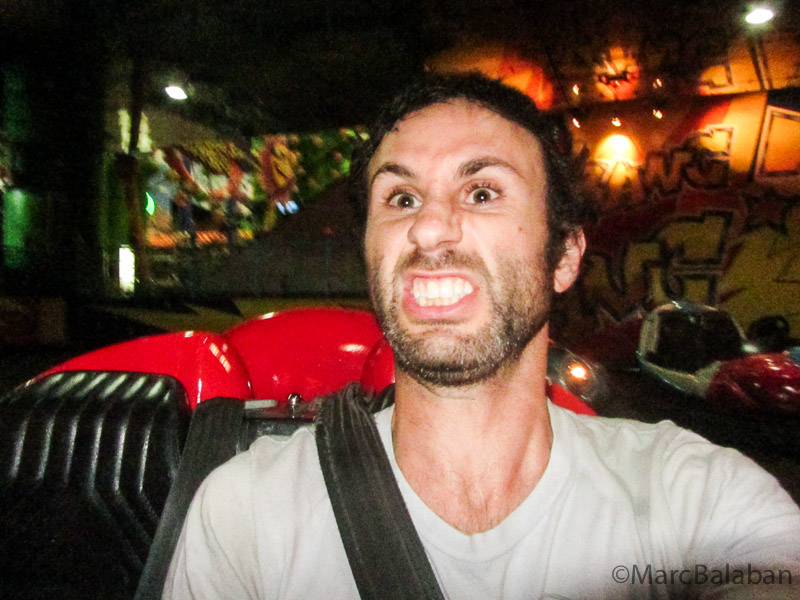 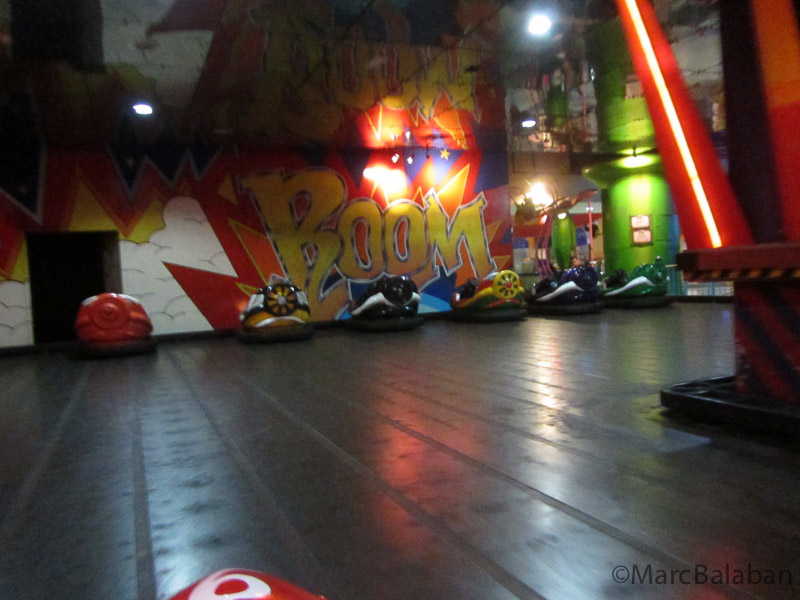 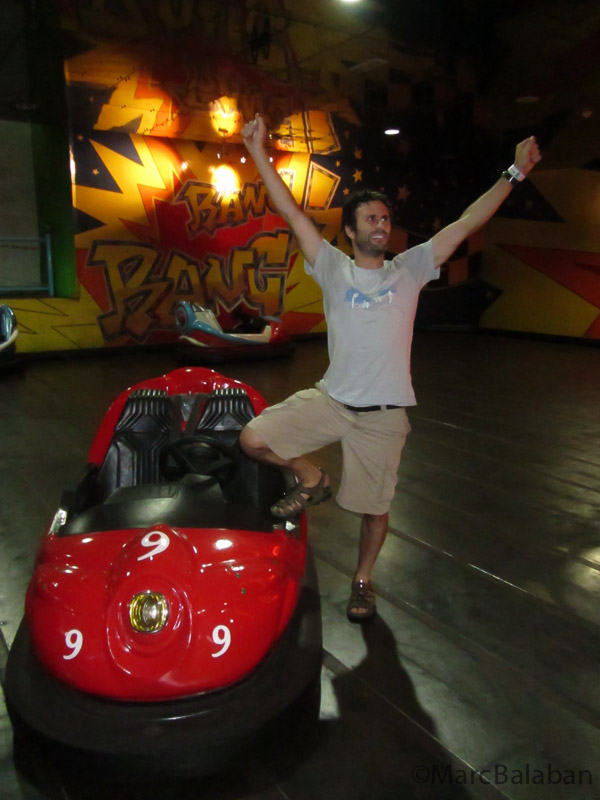 Hail to the king of bumper cars!

Nothing could stop this run! Where to next!?! Woah, it’s Ooort’s Express! Another ride that goes around and around!! Lets ride it!! 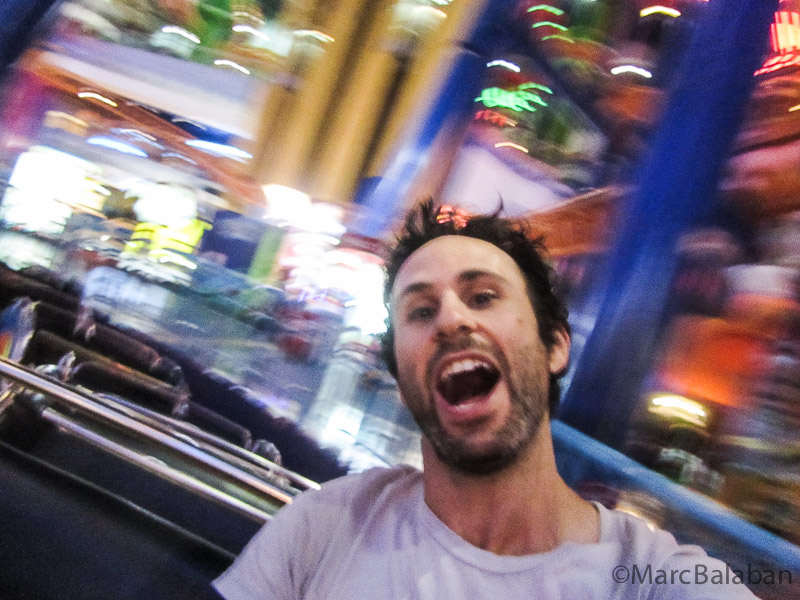 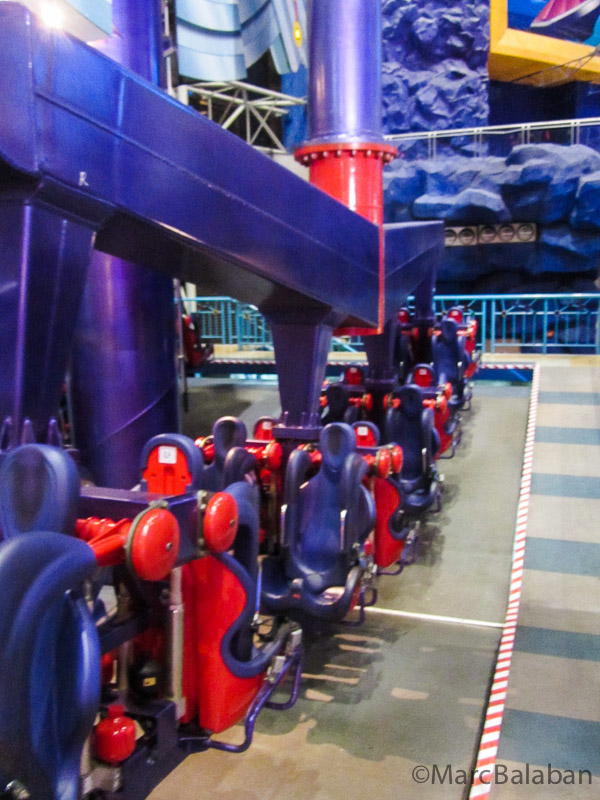 I can sit anywhere! 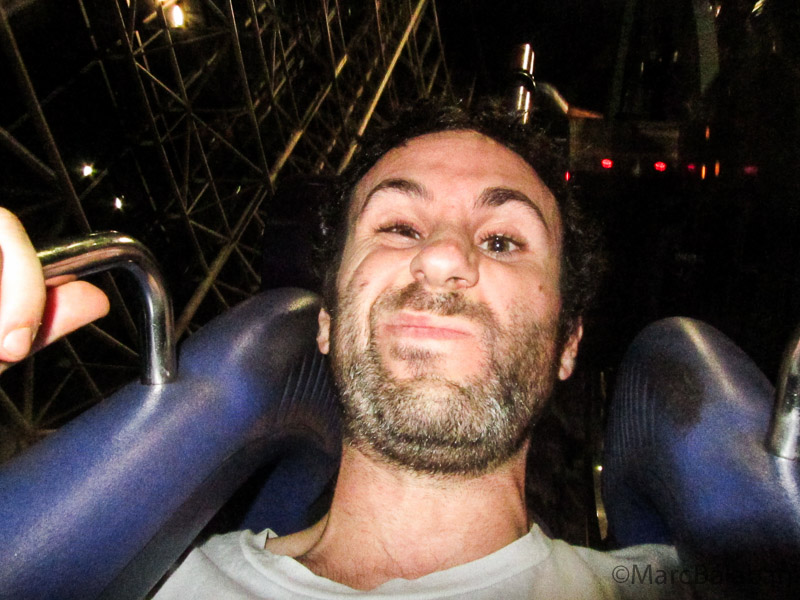 Uohahh, so much upsidedown!  I think I’m getting tired… wait… is that a mechanical bull!? Okay, I’ll ride the bull! Why the hell not!?! Go get-em cowboy. 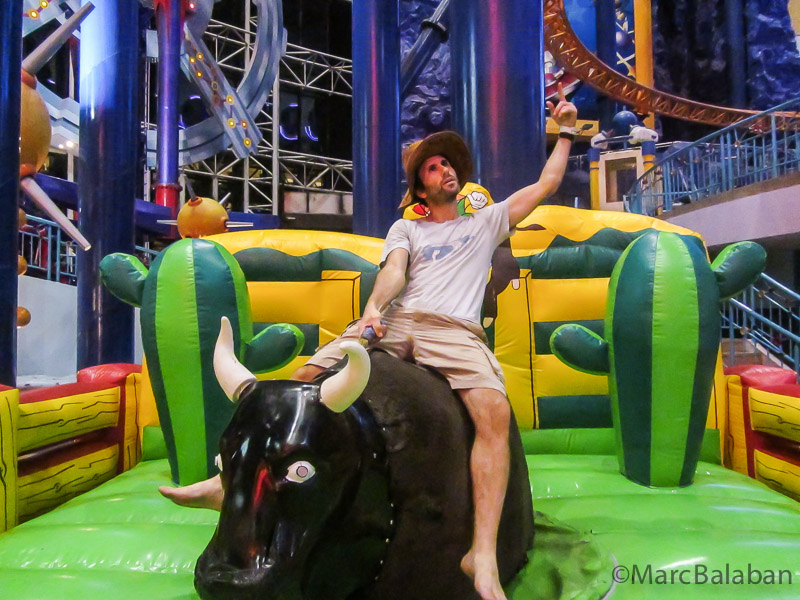 After 2 hours of intense theme park action, I called it quits.  I must admit that “Balabanland” was the greatest theme park experiences I’ve had.  No queues, no waiting, just straight-up entertainment at my disposal.

Recommendation: If you’re ever in Kuala Lumpur during Ramadan, head to Berjaya Times Square Theme Park to become king of a land for a short couple of hours.  100% worth it.

One thought on “I was the king of a theme park”